“During the last six thousand years nations have hated one another, it is now time to stop. War must cease. Let us be united and love one another and await the result. We know the effects of war are bad. So let us try, as an experiment, peace, and if the results of peace are bad, then we can choose if it would be better to go back to the old state of war! Let us in any case make the experiment. If we see that unity brings Light we shall continue it. For six thousand years we have been walking on the left-hand path; let us walk on the right-hand path now. We have passed many centuries in darkness, let us advance towards the light.”
-‘Abdu’l-Bahá

I’ve had a heavy occurrence of conversations about human behavior, and in particular, verbal and physical violence, from snide remarks to open war. As is often the case when I notice such patterns, the vast and weighty trail of atrocities that have occurred over time made me think about their source. Reflection on the topic of human atrocity and its connection to “cycles of violence” has made it a natural and obvious next post. Friends and collaborators have heard me make mention of this concept, and I’ve heard very few arguments to dissuade my feelings that where we are in our social environment, in everything from management systems to conflict resolution to political drama to why some believe that world peace isn’t possible, has something to do with the continued influence of these cycles.

I looked online for any recorded time that we haven’t had a war or conflict going on… found this. Not that I was incredibly surprised, but I think of the introductory quote a whole lot, and find it curious that we don’t even attempt it as a species. We have a painfully long history of war after war and conflict after conflict, with the overt and covert challenges that come with each of these conflagrations. War isn’t by a long shot the only way of perpetuating cycles of violence, but it’s the first example that comes to mind. 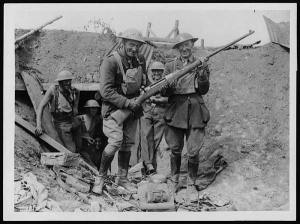 In a sense, all of these wars have resulted from a conflict of interest (either a dispute between equals or the strong preying upon the weak), and a perceived lack of resolution in a manner that satisfies all parties involved.

What I want to focus on is this: Common citizens get ordered to go to war. They are exposed to the horrors of war, trained to engage in combat as a meritorious deed. They then carry out those deeds, and are able to return home either killed, wounded or unhurt physically. No one who is engaged in this scenario is the same person that they were before they left home. Over the centuries, some were able to come home with only limited damage emotionally, mentally or physically, but many weren’t so “fortunate”. These folks come home with nightmares, impulses and reactions that the general population has little context for. Some are addicted to drugs. Some are unable to “turn off” the compulsion to react violently to stressful situations. There are countless ways that these folks are affected, and there is still no way to rehabilitate and heal adequately — on a large scale — all of the violence to which they were subjected. 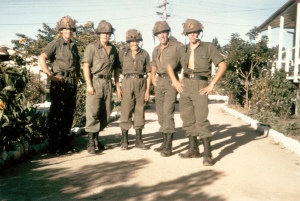 So, when one considers the effects of all of these unresolved issues that countless men and women have experienced, do we think it conceivable that the cycles of violence picked up during any of these conflicts has not seeped into our social environment? This train of thought is just one example of many, and certainly not designed to disrespect those who serve in a military capacity, but I do feel the need to ask us to reflect as a people on the choices we make and their effects… especially if the prevailing logic of the culture is that “war is inevitable”.

Growing up, I was surrounded in some form or another by verbal violence– There was the obvious open yelling, the raising of voices with hand gestures that implied a number of negative potential outcomes, the snappy retorts, the sarcastic tones, the combative body language and postures, etc. I feel that what I described above is not particularly abnormal and, sadly, at present is the norm. Outside my home, I would witness (and experience) physical violence in addition to this verbal violence in my peers, from pushing to hitting to sustained bullying, making me realize that I indeed was not alone. 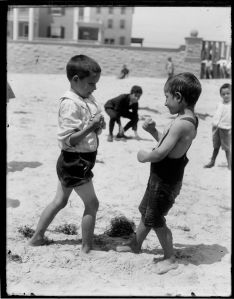 I’ll be the first to proclaim that I in no way feel unique in these experiences, and I’m not playing the victim… just getting to a point.

In light of the above, I must ask myself: Where did these violent behaviors come from? When did this become the norm in regards to our tone, language and actions? When did it stop surprising us?

© Oak Ritchie and Steady Flow, 2010-2012. Unauthorized use and/or duplication of this material without express and written permission from this blog’s author and/or owner is strictly prohibited. Excerpts and links may be used, provided that full and clear credit is given to Oak Ritchie and Steady Flow with appropriate and specific direction to the original content.
%d bloggers like this: