I’ve gone into detail in previous posts about individuals and communities, but have yet to devote much attention to the third participant in society: the institutions. What qualifies as an institution generates a vast and weighty list, including local, national and international organizations; media organizations; governments and their agencies; and the institution of marriage. This spectrum of institutions shares many identifying features, but the one I wish to reflect on is structure.

All institutions have a structure in order to effectively administer to its objectives. What shape that structure takes has everything to do with the approach taken in building it. Many structures are chosen from among the existing models, based on the desired outcomes of that institution.
What I feel must be considered, though, is whether the models currently in existence can effectively administer to the needs of a changing age that requires flexibility and adaptation to meet the exigencies of our time. For instance, in the discourse on politics, there is frequently being voiced a need to think beyond the two-party (Republican vs. Democrat) system, and rethink how we might find a less divisive method of electing officials to serve our country in an official capacity.

This clip from a show called “Crossfire”, which tended to deal with the varied positions in US political matters in an adversarial way, clearly demonstrates to me the power of this rising voice in the discourse to rethink this combative approach to political structures in place:

An analogy that I will refer to frequently is that of the human body. This quote is one of many that Bahá’u’lláh refers to in making clear the interconnectedness of all of these vast parts of reality:

“Take ye counsel together, and let your concern be only for that which profiteth mankind and bettereth the condition thereof… Regard the world as the human body which, though created whole and perfect, has been afflicted, through divers causes, with grave ills and maladies.”

All of this relates to structure in this way: While it is very easy to see individuals, communities, nations, the globe, scientific disciplines, educational approaches and so on as “separate” from each other, it seems to me that they are describing subsets of a larger whole that we all exist within. If our present structures (and models that inform those structures) didn’t approach the application of these structures with this oneness in mind, then they likely have been, and will continue to be, maladaptive to the needs of our time. 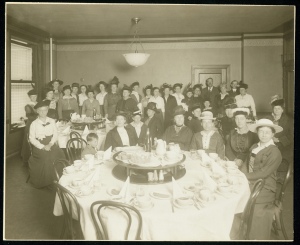 What institutions are you presently a part of or interacting with? How are they structured? Do they seem to be meeting the needs of the demands that they are trying to serve? In what concrete ways can you see them benefitting from higher levels of cooperation with other institutions?

Obviously, this is just starting the conversation, and there’s plenty that wasn’t included in this post that will be the topic of at least three posts to come in the next couple weeks. A couple of posts that I’ve seen that capture the topic of politics well can be found here and here. Governance doesn’t represent monolithic entities that have existed from all time, but rather, systems that we at one point came to agree upon as the best means we had at the time to organize ourselves and move towards a just and unified society. As our social reality evolves and changes, wouldn’t it stand to reason that our structures should change with it?

© Oak Ritchie and Steady Flow, 2010-2012. Unauthorized use and/or duplication of this material without express and written permission from this blog’s author and/or owner is strictly prohibited. Excerpts and links may be used, provided that full and clear credit is given to Oak Ritchie and Steady Flow with appropriate and specific direction to the original content.
%d bloggers like this: