I’ve gone into detail in previous posts about individuals and communities, but have yet to devote much attention to the third participant in society: the institutions. What qualifies as an institution generates a vast and weighty list, including local, national and international organizations; media organizations; governments and their agencies; and the institution of marriage. This spectrum of institutions shares many identifying features, but the one I wish to reflect on is structure.

All institutions have a structure in order to effectively administer to its objectives. What shape that structure takes has everything to do with the approach taken in building it. Many structures are chosen from among the existing models, based on the desired outcomes of that institution.
What I feel must be considered, though, is whether the models currently in existence can effectively administer to the needs of a changing age that requires flexibility and adaptation to meet the exigencies of our time. For instance, in the discourse on politics, there is frequently being voiced a need to think beyond the two-party (Republican vs. Democrat) system, and rethink how we might find a less divisive method of electing officials to serve our country in an official capacity.

This clip from a show called “Crossfire”, which tended to deal with the varied positions in US political matters in an adversarial way, clearly demonstrates to me the power of this rising voice in the discourse to rethink this combative approach to political structures in place:

An analogy that I will refer to frequently is that of the human body. This quote is one of many that Bahá’u’lláh refers to in making clear the interconnectedness END_OF_DOCUMENT_TOKEN_TO_BE_REPLACED

“During the last six thousand years nations have hated one another, it is now time to stop. War must cease. Let us be united and love one another and await the result. We know the effects of war are bad. So let us try, as an experiment, peace, and if the results of peace are bad, then we can choose if it would be better to go back to the old state of war! Let us in any case make the experiment. If we see that unity brings Light we shall continue it. For six thousand years we have been walking on the left-hand path; let us walk on the right-hand path now. We have passed many centuries in darkness, let us advance towards the light.”
-‘Abdu’l-Bahá

I’ve had a heavy occurrence of conversations about human behavior, and in particular, verbal and physical violence, from snide remarks to open war. As is often the case when I notice such patterns, the vast and weighty trail of atrocities that have occurred over time made me think about their source. Reflection on the topic of human atrocity and its connection to “cycles of violence” END_OF_DOCUMENT_TOKEN_TO_BE_REPLACED

Assumption to Reassess: What Motivates Us?

I believe not that we have souls, but, rather, that we are souls, growing and developing individually and collectively in these vessels that we call bodies. I feel that there’s more to our interests, motivations, and choices than survival, material prosperity and physical pleasures. On a regular basis, I feel selfless love, altruism, humility, detachment, fair-mindedness, a yearning for justice and a willingness to sacrifice for the common good. We presently have few ways to measure or quantify those very real parts of our experience, END_OF_DOCUMENT_TOKEN_TO_BE_REPLACED

Assumption to Reassess: Are We the Sum of Our Materials?

“You are not your job, you’re not how much money you have in the bank. You are not the car you drive. You’re not the contents of your wallet…”
— Chuck Palahniuk (Fight Club) 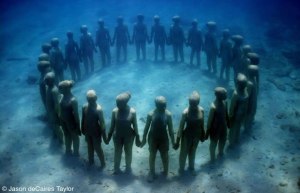 It appears to me that there are models of human nature that have been implemented into policies that we live under that appear to bring us to less-than-favorable results. One of these is the materialistic model of human nature that tells us that consumption and pursuit of sensual pleasure is the path to human happiness. Many reading may feel the compulsion to deny a buy-in to that model, but it remains a powerful standard by which many of us measure our own progress, whether it be physical beauty, fashion, status, sexual fulfillment or the many other things that we process in the dark recesses of our minds.

This excerpt from a book called “One Common Faith” comes to mind:

“Consumer culture, today’s inheritor by default of materialism’s gospel of human betterment, is unembarrassed by the ephemeral nature of the goals that inspire it. For the small minority of people who can afford them, the benefits it offers are immediate, and the rationale unapologetic. Emboldened by the breakdown of traditional morality, the advance of the new creed is essentially no more than the triumph of animal impulse, as instinctive and blind as appetite, released at long last from the restraints of supernatural sanctions. Its most obvious casualty has been language. Tendencies once universally END_OF_DOCUMENT_TOKEN_TO_BE_REPLACED

Anatomy of a Solution

When I try to look at challenges in my life, my community and in the world, I find it imperative to approach those challenges at the source rather than the symptoms. Having grown up with natural healing and chiropractic as preventative measures before seeking more intensive medical treatment, I feel that the approach of seeking the source of the problem is a good way of assessing what kind of treatment may restore health to system in question.

For example, the spine is the main pathway for messages between one’s brain and the rest of the body, most importantly the organs. If there is a vertebrae out of place, it could potentially cause those vital messages from the brain to be slowed, or far worse, not be sent at all. One can imagine that something that could be perceived to be a heart or liver issue might have been assisted by adjusting the vertebrae so that those organs could receive the regulatory information they needed. One could feel a lack of circulation or pain in their fingers, and choose to apply a pain medication, but would only be alleviating the symptom of a larger problem. In this way, I wish to approach the majority of the issues that come to my mind and attention.

This excerpt from a document entitled “One Common Faith” captures some elements of this idea:

This is my first post in a very long time. I’ve been leery of posting just to post, and very fearful of falling In love with the sound of my own writing. This quote remains my guiding light:

“The essence of faith is fewness of words and abundance of deeds; he whose words exceed his deeds, know verily his death is better than his life.” – Bahá’u’lláh

This space, I hope, will be dedicated to the exploration END_OF_DOCUMENT_TOKEN_TO_BE_REPLACED